Where has Hadrian’s Wall Gone? 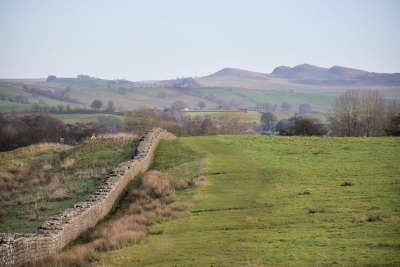 Before I answer that question, here is a little bit of background information from a manuscript fragment recently discovered in an obscure roman outpost at Ecclesia Novum-Oppidum near to the Fluvium Collegium (surprisingly close to where I live!) and published in the journal Falsus Nuntium. 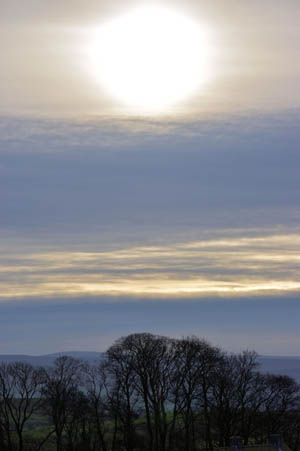 …and here is a quick latin primer to help out with some of the more obscure references in the manuscript:
Septentrionalis = North
Imperium = power (sort of)
Pons Aelius = Newcastle
Domun = house
Brunneis = brown
Physicus = scientist
Terra = fear of rocks

“Gaius Metallus Petras the chief legionary stone-manson was having a bad day. He had just been summoned to the XX Valeria Victrix legionary project management office in Pons Aelius in Britannia Inferior (part of the newly formed Septentrionalis Imperium Domum) to meet with Carilarium Capitus…it seemed that our big man in Rome, Publius Aelianus Hadrianus, had dreamed up a new work creation scheme apparently banging on “that the Caledonians will pay for it” …though it sounded to Gaius like something to give the damp, cold miserable legions stationed in this gods forsaken place something to stop them hitting the Pons Aelius Brunneis Cervicias (a locally brewed beverage)…
Gratias tibi, so a wall; fine, but 80 Roman miles long and 10Rf wide by 15Rf high – never been done before. He sucked his teeth and his mind started to explode as he did the mathematica…that would be about 4000 million Roman pounds of stone to find and dress and that’s without the 80 mile-castles that this idiot is proposing. He started to sweat as he thought about how he was going to manage to locate and quarry this amount of good quality sandstone near enough to haul it to the wall…and then there’s the limestone, damn it how much of that would be needed and he could not for the life of him remember if limestone deposits had been found in the area... So what we could really do with is a Terra Physicus..... ” 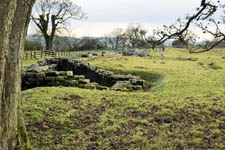 Gaius Metallus gives us an insight into just how much stone (as well as lime mortar) was used to construct the longest Roman artefact in the world. It is an astonishing amount of material. The remains of the wall are impressive enough, but as with a dawning awareness of the negative space in an art-work, thinking about what is not there gives a new perspective and a big question comes to mind; where has Hadrian’s Wall gone too? At least two thirds of the visible remains have gone and much more of the invisible remains are invisible because they have been removed. This is a very large amount of valuable building material.

Over the years a great deal of Roman masonry has been robbed. This material is really rather obvious if it happens to be a bit of Roman sculpture or a piece of stone that has a Roman inscription on it. Other more subtle archaeological clues can also give the game away, such as the size of blocks and the tool marks left from dressing the stones. In consequence of this many buildings have been identified with significant amounts of rocky Roman materials in them. These include ecclesiastical buildings, for example Hexham Abbey and Lanercost Priory, defensive buildings, such as Thirwall and Drumburgh Castles as well as farmhouses and other dwellings.

But is it possible to build a more comprehensive picture of what has happened to the stone? Is it possible to tell when and where most of the stone was re-used? Were there particular periods of time when re-using the stone was more common? Did stone re-use decrease over time as the stones were progressively used up? Were Roman stones used more in particular types of building? Can we work out how much was re-used and how much was simply lost? Some of the stone, particularly the softer Permian sandstones used in the western end of the wall, have simply crumbled over time; other stone, particularly in the urban areas, may have just been grubbed out and dumped. 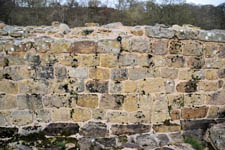 These are all questions which I hope we can go some way to answering as part of the Hadrian’s Wall Community Archaeology Project looking at stone sourcing and dispersal. How? Well this is where the power of people and geology comes into play. The stone for the wall comes from numerous local sources. Gaius Metallus worked out that there were good sources of stone all along the length of the wall and that using local stone would be the most efficient way of getting the stone to the wall. 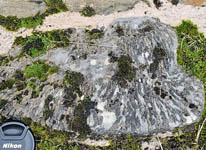 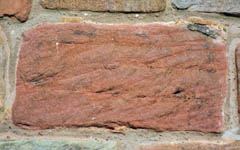 A pilot project was run last year to test this out at Heddon-on-the-Wall. Here we looked at a possible source quarries adjacent to Heddon as well as a section of the wall and compared them to stones forming St Andrew’s church. This gave a strong indication that this is an approach which we can now use more widely. All we need is lots of people to get involved so that the ghost of Gaius Metallus Petras can be laid to rest!

Over the next three years we will be providing training and support to volunteers so that they can get involved in his project. To find out what is going on it is best to signup as a volunteer on the WallCAP website, but there will also be information about all events from Northumbrian Earth both on the website and if you sign up for a newsletter.

Looking forward to seeing you out on the Wall.

Tweet
Tagged under
More in this category: In Praise of Pentagonal »
back to top